The SpeedForce was designed as the “World’s Smartest Cycling Computer”.

The first fully integrated smart cycling computer that lets you get the most out of cycling.

So read the blurb of the original launch campaign.

If this product could be called Version 1 (V1) it was almost superseded by version V2 before it had even been shipped to the backers.

The V2 SpeedForce proved so unpopular and flawed, that a new V3 version was already being trialed. All this in less than 3 years. 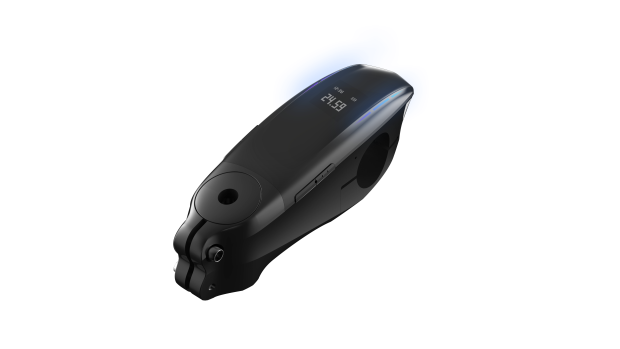 The SpeedForce Cycling Computer was launched on the Indiegogo crowdfunding platform in November 2015.

The expected delivery date was March 2016. Needless to say, the product was delayed and by early 2017 there were still over 400 products still to be delivered, but by then version V2 was on the new bikes and being promoted.

The SpeedForce was created as a way to bring technology and cycling together in one place.

It is a fully integrated smart cycling computer that replaces your stem (Road Bike or Mountain Bike), brings different cycling products together and measures 8 sets of data and has it’s own Phone App. 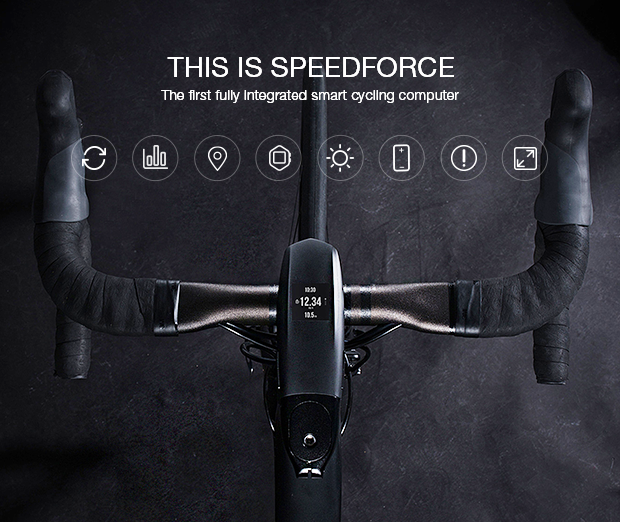 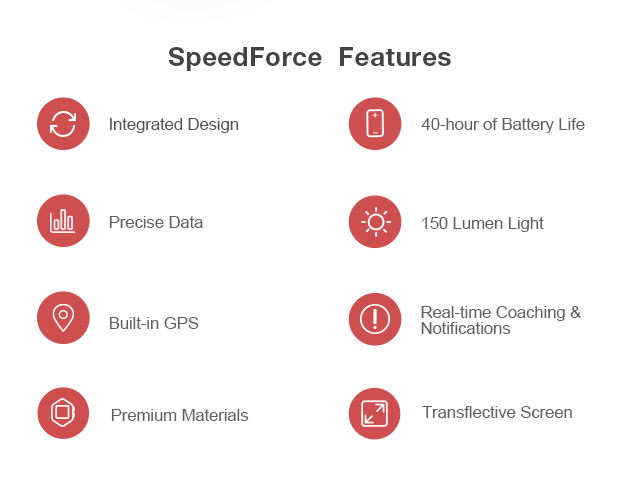 The elegant, integrated design seamlessly incorporates a GPS cycling computer with a power supply, headlight, and navigation. It becomes the stem of your bike for a full integration rather than as an extra part.

SpeedForce has additional pedal and wheel sensors that ensure the highest accuracy. With each pedal, SpeedForce can pick up and calculate your riding data: speed, time, distance, track, heart rate, altitude, temperature, and cadence. 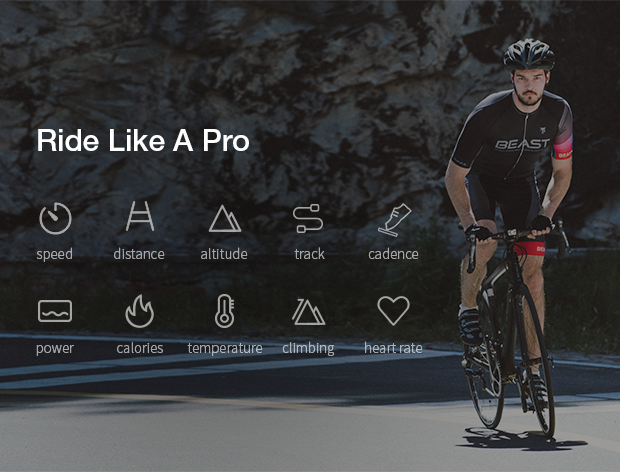 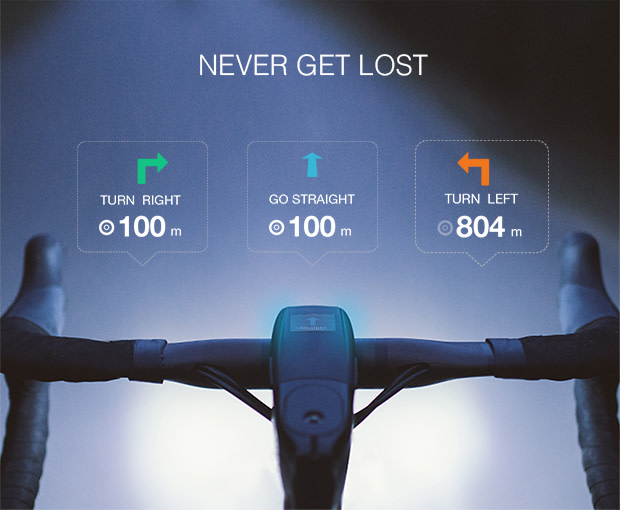 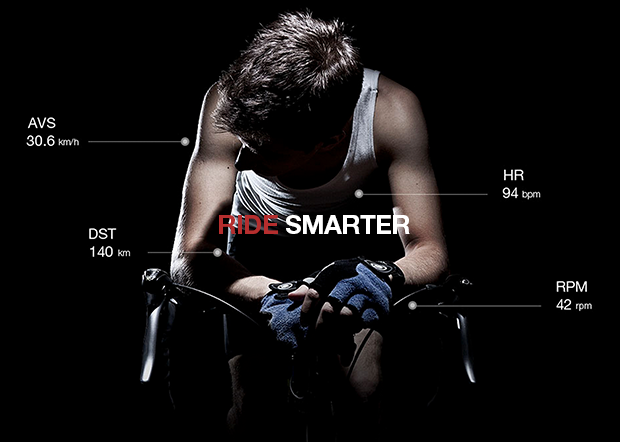 With a built-in GPS chip that syncs with your phone’s GPS, SpeedForce has turn signal indicators that light up to tell you where to turn next without needing to glance at your smartphone.

It makes riding with navigation on safer and easier.

Turn-by-turn requires your smartphone’s GPS. Your GPS sends the navigation via Bluetooth and SpeedForce will direct you that way. Off-the-road is when you pre-plan the route and push it to SpeedForce. Afterwards, even without your phone, SpeedForce will follow the submitted route. 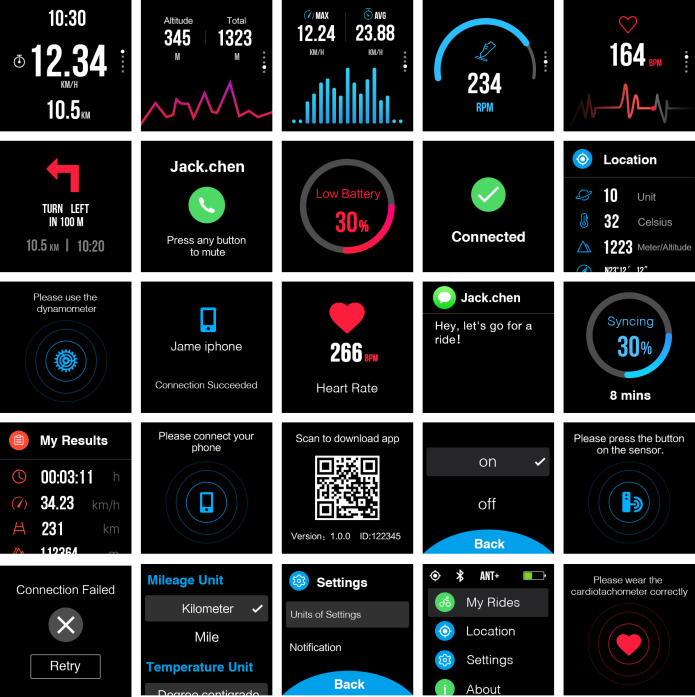 SpeedForce V1 had some great ideas and some fantastic features. It was a great shame that very few of them actually worked or were fully implemented.

The first problem for many riders was that replacing the stem was a fantastic innovation – but what size was it?

And, further more,  it was not adjustable, so many riders found the stem was too short or too long!

The light on the front worked, the speed sensor, the cadence sensor worked and the Heart Rate monitor worked (as long as you had a compatible HRM).

The GPS never worked, and as for planning a route and pushing it to the SpeedForce for it to follow, was plain fantasy.

Even the Management Team couldn’t decide on the correct Retail Selling Price for the SpeedForce. It was variously priced as $149; $159 and $179; often in the same promotional document.

However, it did connect with the phone app and you could save your rides on Strava or the SpeedX app itself.

By the time it came to sort out all the problems with V1, the team were already working on the ‘improvements’ for version 2. 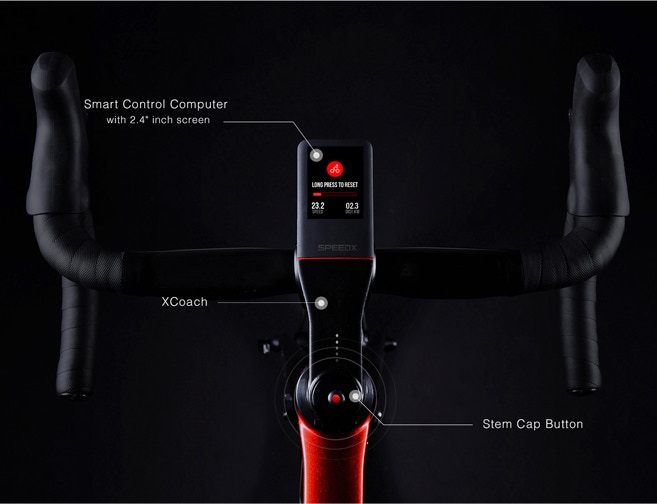 Imagine a bike with a brain – taking care of everything except the cycling.

That’s just what we made SpeedX Smart Control to do. It records your ride data and provides you with professional analysis in real-time with its built-in 2.4” inch screen.

We designed XCoach specifically to prepare professional training courses – with interesting tasks and challenges, as well as global ranking tables.

With a brave new design, a much larger screen and similar marketing hype the SpeedForce v2 was launched on the Mustang; Leopard and Leopard Pro bikes.

The SpeedX SmartForce Cycling Computer was a brilliant concept. It was supposed to replace your lights, your GPS, and your cycling computer.

It was unfortunate that it only did ‘some’ of the things it was supposed to do.

And you needed to have the matching App on your phone to ensure some of them worked. 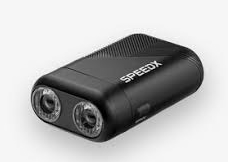 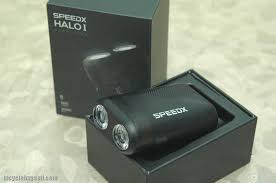 For instance – The SpeedForce V1 had an integrated light – the SpeedForce V2 didn’t, so they designed a fantastic light; the Halo Light.

Riders were glueing them underneath the SpeedForce; they were securing them with ‘Duck’ tape… in fact anyway at all to keep the Halo Light from flying off!

The light itself is great, 300 lumens, internal rechargeable battery, with a great battery life. With 3 modes, the light was one of the success stories. (Except when it fell off!) 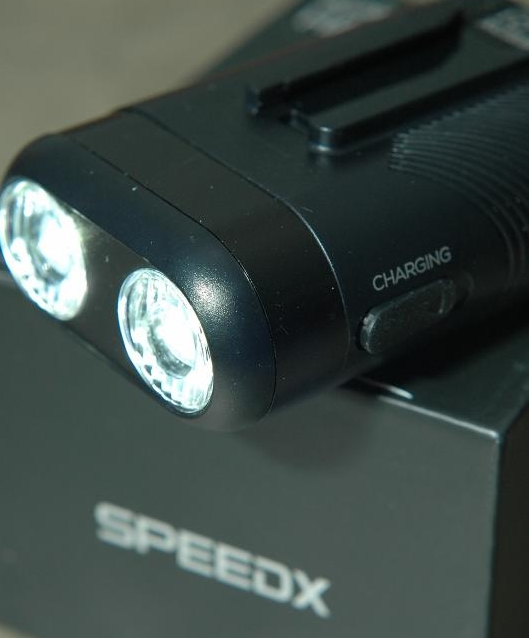 By 2017, as well as a new bike – the Unicorn – there was a new version of the bike computer as well – the SpeedX Unicorn.

With SpeedForce, we’ve re-engineered and redefined the meaning of a bike computer.

Even with all these features, the battery life is still amazing – it lasts more than 20 hours.

Alongside the touch functionality of the SpeedForce, we also supply you with a wireless button. You can place the button anywhere you want, which allows you to switch screens with a press of a button.

Connect with our phone. Seamlessly.

Our app for Android and iOS has a built-in sync function with SpeedForce. Record all your data automatically and set a new record on your favorite segment. Get detailed post-analysis for every ride.

This time, instead of all the sensors being ‘hard-wired’ the SpeedForce Unicorn had connectivity via ANT+ / Bluetooth / and WiFi.

And was able to measure 12 different outputs.

Was it worth it?

Yes and No…. the SpeedForce as a concept was a great idea, the engineering and design, of Version 1 were first class, the problems, came with the software and the inescapable fact that it was not waterproof.

By Version 2 the marketing hype had got out of control and the users were left with the feeling that it was a half finished project… it looked great, it was not adjustable for fit, if water got anywhere near it – that was the end. And the software was very limited.

Along with Version 3 came many improvements, in design, how it worked and the ability to change screens easily.  The software was still ‘work in progress’ but was slowly getting there.

It is with great regret, that the SpeedForce Unicorn was never produced.